“Fourscore and seven years ago our fathers brought forth on this continent, a new nation, conceived in Liberty, and dedicated to the proposition that all men are created equal” 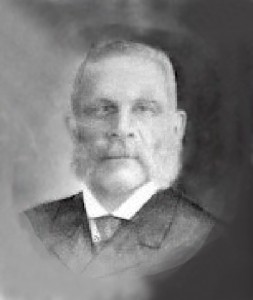 Richard and Narcissa’s third son, Richard Gill Forrester, born in 1847, was employed in a rare position for a person of color, as a page in the Virginia State Capital at the tender age of thirteen in 1861. Four years later he would become the first man to raise the American (Union) flag over the newly fallen Confederate Capital. This is no small accomplishment since he had rescued it four years earlier when secessionists had removed the flag representing the enemy North and tossed it in a pile of rubble to be burned. 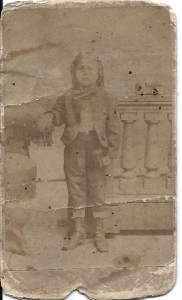 Young Forrester quietly hid the banner under his shirt and brought it home to be hidden under his bed. He slept on it for the entire duration of the war, never once letting anyone know about a deed, that if ever discovered, would bring certain disaster to self and family. On the morning of April 3, 1865, he proudly raised the standard once again over the captured Confederate Capital and then presented the flag to the 13th New Hampshire Volunteers Regiment as they entered the beleaguered city. Later in 1890, the 13th New Hampshire Regiment would invite Forrester to their 25th year reunion and present him with an autographed copy of the history of the regiment during the Civil War which included a section that prominently depicts his heroic deed. 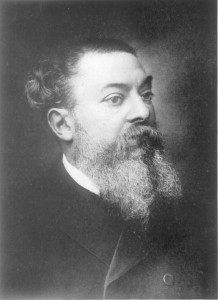 In 1873 Richard Gill Forrester was one of the first persons of color to accept at the time a highly coveted federal appointment as a mail carrier in the city. The Order of St. Luke, a predecessor of the St. Luke Bank, was presided over by Richard Sr.’s son William M.T. Forrester. William M.T. would continue developing this social organization for twenty years, until it later became an important banking institution for newly freed blacks. Under William’s support, a young clerk named Maggie Walker would soon become the President and claim her fame in history as the first woman bank president in America. She would also become a Board Member of the newly created NAACP.

As the Forrester family grew and prospered, many decided to leave Richmond, particularly with the end of Reconstruction. Many southern whites remained unreconstructed and violence against persons of color was the worst in this country’s history. In 1883 Richard Gill Forrester’s young wife Cora dies shortly after giving birth to their sixth child. Cora Ann Forrester dies at six months and within a year, his only son James Forrester dies at age fourteen. Richard Gill decides to use his inheritance to return his remaining young family North to their ancestral roots in New York and Newport, Rhode Island.

By 1890, Richard Gill is living initially in Williamsburg section of Brooklyn and eventually relocates to a new brownstone in Harlem at 233rd West 134th Street. During the late 19th and early 20th centuries, the Harlem neighborhood above 125th Street was a center of living for Jewish middle class families. Richard, now remarried, is working for the New York & New Haven Rail Road and raising his four remaining children, daughters Lilly, Ellen (Mason), Naomi and Bessie. They summer in Newport, their ancestral home, and become an active part of the thriving Gilded Age, African American society there. Richard Gill dies peacefully in 1909 and his headline obituary in the leading African American newspaper of the day, the New York Age reads, “In the death of Richard Gill Forrester, who died in New York and was buried in Newport, R. I., there passed away a soldier who came into prominence by gaining the distinction of being the first man who hoisted the Union flag in Richmond after the Civil War.” He is buried in the family compound at the Island Cemetery in Newport, Rhode Island.