Despite the economic and family turmoil of the Great Depression of the 1930’s, George and Bessie Barclay’s family were comfortable in Newport and the family quickly grew with several of the older children leaving Newport for New York and Philadelphia. 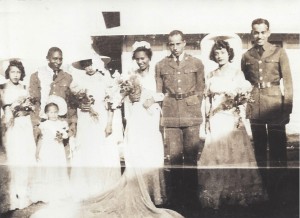 Ruth, the youngest of the Barclay girls, would marry on September 12, 1941 a young serviceman, Archie Stokes who had befriended her brother Arnold Barclay, also stationed at Fort Devens, Massachusetts just before World War II. In 1940 at the onset of the war, Fort Devens was designated a reception center for all men in New England who would serve during the war. Archie would serve as a staff sergeant with the 3331st Quartermaster Truck Company serving in the Italian Campaign and later in French Morocco receiving the American Defense Service Medal.

On the home front, World War II brought great change to America and especially “Navy Towns” like Newport. The Naval Torpedo Station on Goat Island in Newport harbor was established in 1869 as a Navy experimental station for the development of torpedoes and torpedo equipment, and after the attack at Pearl Harbor in December of 1941, nearly every torpedo used by the Navy during the war came from that station. Ruth, a 1941 graduate of Rogers High School, ended her nursing school education to join the more than 13,000 men and largely women who would be employed at the Torpedo Station during the four years of war. 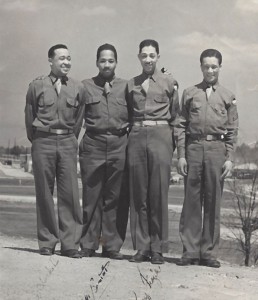 Several other young Barclay men would join their older brother Arnold to fight for their country. Charles enlisted in the Army and also saw action in Italy and North Africa. Youngest son Alfred immediately after high school joined the famed Tuskegee Airmen with the United States Army Air Corp whose training grounds were in the deep South in Alabama. Faced with the Jim Crow segregation of the South for the first time as a young man of color from New England, Alfred would send his mother letters describing the irony of the separation of fellow Americans soldiers preparing to fight and possibly die for their country based simply on the color of their skin. One letter describes his surprise when seeing “white and colored girls working together” in one Southern soda fountain. Tragically, Alfred is killed in 1944. He was buried with full military honors at God’s Little Acre in Newport. 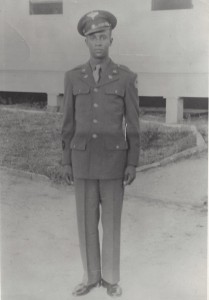 After the war, the Vernon Avenue home in Newport became the center for Forrester and Barclay extended family summer gatherings.

Today, the Keith Stokes family still live in the Vernon Avenue house in Newport representing the eighth and ninth generation of the family.