“For happily the Government of the United States, which gives to bigotry no sanction, to persecution no assistance requires only that they who live under its protection should demean themselves as good citizens.”

The extended Hays and Touro families thrived while in Boston. Moses and Rachel Hays raised their children, nephews and niece as observant Jews even though they were the only Jewish family in all of Boston at the time. Moses Michael Hays becomes the Grand Master of the Massachusetts Masonic Lodge and founder and the first depositor of the Massachusetts Bank. The Reverend Samuel J. May who would become one of 19th century America’s leading Abolitionists was raised in the Hays home and provides an important glimpse into the life of Boston’s earliest Jewish family:

“If the children of my day were taught among other foolish things to dread, if not despise Jews, a very different lesson was impressed upon my young heart. … [The Hays] house … was the abode of hospitality. … He and his truly good wife were hospitable, not to the rich alone, but also to the poor. … I witnessed their religious exercise, their fastings and their prayers. … and as a result, I grew up without prejudice against Jews—or any other religionists.”

In 1796 Judith and Sally Hays marry their first cousins Samuel and Moses Mears Myers of New York. They settle in Richmond, Virginia in 1798 becoming part of the earliest Jewish families to settle in the southern city. Abraham and Judah Touro would join their cousin Judah Hays in learning shipping and trade industry. Abraham and Judah would remain in Boston to become prominent merchants and Judah Touro would head to French owned New Orleans to start a new life and business in 1801. For the women in the family, Rebecca Touro would marry Moses Lopez and settle in New York. Rebecca Hays would die young at age sixteen and sisters Catherine and Slowey along with their Irish servant girl, Excy Gill, would join their older sisters in Richmond, Virginia after the death of their parents by 1809. 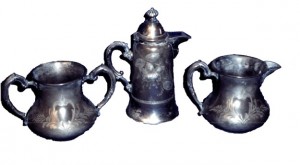 Born in Newport in 1775 on the day before the Battle of Bunker Hill, Judah Touro, had already been ingrained with the commitment to family, faith and community. Judah’s formative years in the Hays household included his cousin Catherine, with whom he had a close relationship. Judah and Catherine would carry this bond for all of their lives. Judah Touro left Boston in 1801 to seek his fortune in New Orleans. He was one of the first Jewish residents and quickly established shipping and trading business with his family connections back in Boston, Richmond and New York. Despite the presence of one of the most active slave institutions, Touro would frequently purchase slaves for the sole purpose of freeing them.

Touro demonstrated his commitment to family and community not only through his life’s charitable works, but also in his bequests in his will to devoted family members, social service organizations and to the preservation of his Jewish culture. His will in 1854 set new philanthropic standards including contributions to aid poor Jews in Palestine. He is recognized worldwide as America’s first true philanthropist. Touro established the only hospital in the Ante-bellum south to treat slaves and free blacks together with whites. The Touro Infirmary stills stands today as one of the leading hospitals in the South.

Throughout his life, Judah Touro also maintained a loving communication with his cousin Catherine Hays, his childhood friend.