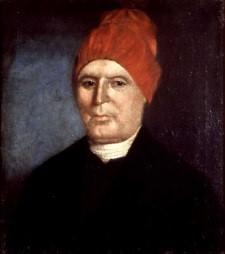 As we celebrate the importance of our cherished freedoms in America, we should also recognize that well before civil and human rights leaders such as Abraham Lincoln, Fredrick Douglas, and Martin Luther King, there was a bold minister in 18th century Newport who had the audacity to believe – and preach – that all men were created equal. END_OF_DOCUMENT_TOKEN_TO_BE_REPLACED